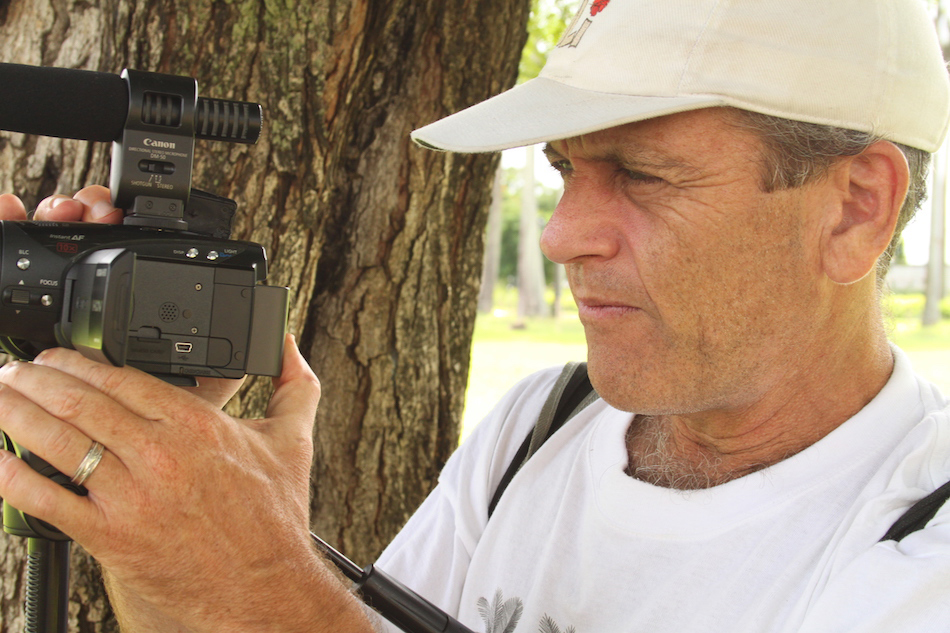 Professor Thomas Spear, who holds appointments in Lehman’s Department of Languages and Literatures and at the CUNY Graduate Center, is an internationally-recognized scholar and critic of French literature, and a longtime champion of writers from across the Francophone world. Spear came to Lehman in 1985; in 1998, he launched  Île en île (Island to island), a website showcasing French-language writers from the Caribbean, South Pacific, and Indian Ocean regions that includes extensive bibliographies, excerpts, and audio and video recordings documenting over 300 Francophone authors and their work. Last year, Spear decided to conclude the project and in Spring 2020 was awarded a $14,000 grant from The Organisation internationale de la Francophonie (OIF), to archive the site. We recently spoke with Spear about his work, Île en île, and the process of wrapping up his two-decade labor of love.

In a few words, how would you define Île en île?

What are you most proud of about Île en île?

The dissemination of a mass of information highlighting very creative, fascinating writers from New Caledonia, the Comoros, from Réunion—there’s nine islands and archipelagos, as well as French Guiana, the only continental space. It’s a reliable resource for the world, with detailed chronological and bibliographical data. Featured books are published in Polynesia, Haiti, Quebec, or wherever. In Haiti, many writers started their careers with self-publishing, and some great works came out that way.

How does Île en île serve as a resource?

It serves the general public. It’s a site that’s useful for journalists who contact me, for editors who want to promote their books, for the authors that use it as their public C.V.  There are many short stories and poems available; it’s great for international students learning French, where they can learn alliteration, for example, by reading a poem by a Haitian author, Léon Laleau. There’s a massive amount of material. It’s a great way to explore, even if people don’t know much of the material.

As a scholar of Francophone literature, how do you think the field has changed since you started Île en île?

French departments were very France-centric 25 years ago. We’ve progressed to a more global perspective, as exemplified by the notion of the “Tout-Monde,” the widely-used term of the scholar and writer Édouard Glissant [who taught at CUNY’s Graduate Center]. The idea of the islands as archipelagos is pertinent: there are no centers of language anymore.

It’s been more than a generation of people for whom Francophone studies have changed. Scholars and educators welcome not only the field’s increased focus on Haiti and the Caribbean, but also on some of the more understudied areas of Francophone studies, such as Polynesia, Guyana, Mauritius…

How has Île en île evolved over the years?

Some of the evolution of the site was technological—going from early HTML—then adding audio, then video. Then the development of the different “patrimoines” [cultural heritages] on the site: first the Caribbean, then the islands of the South Pacific and the Indian Ocean.

Among things that have changed since 1998: Wikipedia, for example, where so much is simply copied and pasted, after [my] long efforts with writers, or heirs to deceased writers, getting details, photos, etc. Once anything is put online, it’s now plagiarized everywhere. That didn’t happen 20-plus years ago. My multimedia files—almost 200 audio clips, and video, [including] the 100-plus writers I’ve filmed myself, plus precious archival videos I’ve edited and put online—will remain the only part of the site that cannot be reproduced without authorization. YouTube has a great way of finding  pirated copies online that can be removed.

For the site’s tenth anniversary in 2008, I added an interview online that spoke of those first 10 years.

What has prompted you to let it go?

I’ve been overwhelmed, and 23 years is enough, all by myself, and it has grown far beyond my capability of even reading the incoming email—to say nothing about regular updates needed, new things to put online, etc. I need to get my life back! and would love to have time for my own work.

Finishing up the project has been enriching…I’ve learned so much and am making a fresh exploration of the “patrimoine.”

What is entailed in that process?

My archives have accumulated over the 20 years; we might put up some 50 new author presentations prior to archiving the site. Working with people in Australia, in The Comoros—it’s planetary. Some Polynesian scholars and writers are going to give me the last 10 years of index material and some content from their wonderful journal of south Pacific writers, Littérama’ohi.

The final archiving will be by the end of the year, with the anniversary of Oct. 12 set as a deadline to have the majority of new author presentations and updates completed.

I’d not be able to finish up the intense work now without this grant from the OIF. The OIF has a seat at the UN, a non-voting seat, but it’s an important group of international diplomacy linked to 80 countries. They work on issues such as soldiers of UN-sponsored missions in French-speaking countries, and they work  with women’s programs, but they don’t do much on culture, and I received this grant  for a cultural project.

The OIF recognized that Île en île is an important project. Three women in particular were totally behind this: Narjess Saidane, [former] ambassador of the OIF to the U.N., Patricia Herdt, business manager and director of the New York office, and Lydia Ingabire, the cultural action, multilingualism and communication officer at the time. I want to thank them publicly and to recognize their support.

Will the material still be available to scholars and others interested in Francophone literature?

It will always be available, as will all the audiovisual material, but it’s going to be a fixed, non-modifiable archive—a record of more than 23 years of bibliographical research.

What are your current projects?

I have many! But concerning Île en île in particular, we are organizing a conference in collaboration with the CUNY Center for the Humanities on Monday, November 16, to speak of the site in the context of Digital Humanities and to include a discussion of some short articles by scholars who’ve used  Île en île in research, reading, and teaching, which are planned for the summer 2021 volume of the web journal, archipelagos.