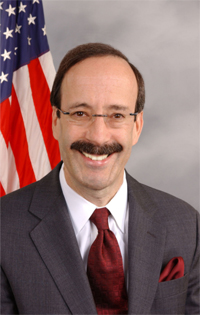 Rep. Eliot Engel, the son of an iron worker and homemaker, was born in the Bronx and raised in public housing. His grandparents, Ukrainian Jewish immigrants, came to the United States to escape religious persecution in the Russian Empire.

Rep. Engel became active in his community, working with activist groups and neighborhood organizations. He was elected to the New York State Assembly in a 1977 special election and shortly after, attended New York Law School part-time, earning his law degree.

Rep. Engel realized he could do even more for New Yorkers in the federal government and in 1988 was elected to Congress, where he served for 16 terms. He dedicated his time in Washington to pursuing progressive values, driven by a commitment to humanity, justice and equality. He introduced and passed dozens of bills. His record of achievement led him to be named “The Most Effective Democratic Member of Congress” in 2018 by the independent Center for Effective Lawmaking at Vanderbilt University.

Rep. Engel served as chair of the powerful House Foreign Affairs Committee, and was a member of the Energy and Commerce Committee, and served on the Subcommittee on Health and Subcommittee on Energy and Power. While Eliot’s responsibilities spanned the globe, he continued to use his experience to bring millions in federal funds to the Bronx and southern Westchester communities he served. His work has made a difference. 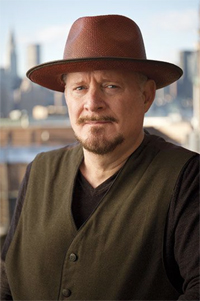 Thomas Joseph "T.J." English comes from a large Irish Catholic family of 20 brothers and sisters.  Early in his writing career, English worked as a freelance journalist in New York City during the day and drove a taxi at night.  He often refers to cab driving as a metaphor for what he does as a writer – cruising the streets, interviewing strangers, exploring the unknown, reporting on what he sees and hears from his sojourns in and around the underworld.

In 1990, English published his first book, The Westies, an account of the last of the Irish Mob in the infamous Manhattan neighborhood known as "Hell’s Kitchen." The book was the result of a series of reports English wrote for a weekly Irish American newspaper based in New York.

His second book, Born to Kill (1995), was an unprecedented inside account of a violent Vietnamese gang based in New York’s Chinatown, that operated up and down the East Coast.  In 2005, English published Paddy Whacked, a sweeping history of the Irish American gangster in New York, Chicago, Boston, New Orleans, and other U.S. cities.  In 2008, English hit bestseller lists with Havana Nocturne, his account of U.S. mobster infiltration of Havana, Cuba, in the years before the revolution swept Fidel Castro into power. The book became something of a publishing phenomenon, rising to #7 on The New York Times bestseller list and also making the following lists: The Wall Street Journal, USA Today, San Francisco Chronicle, Los Angeles Times, Boston Globe, Independent Booksellers. Havana Nocturne is currently in development as a major motion picture.

In 2011, English published The Savage City, a blistering account of racial hostilities between the NYPD and the Black Liberation movement in the 1960s and early 1970s. This book also became a New York Times bestseller. Most recently, English published Where the Bodies Were Buried (2015), an in-depth account the Whitey Bulger scandal, with particular emphasis on the universe of corruption in the criminal justice system that helped to make possible the notorious Boston mobster's twenty-year criminal reign.

As a journalist, English has written for many publications including: Esquire, Playboy, New York magazine, The Village Voice, Los Angeles Times Magazine, and The New York Times. In the mid-1990s, he wrote a three-part series for Playboy entitled, "The New Mob," that explored the changing face of organized crime in America. More recently, he wrote, "Narco Americano," also for Playboy, an investigation into the narco war in Mexico and how the violence has effected the Juárez-El Paso borderland. In 2010, his article for Playboy about a DEA agent alleged to have framed innocent people on bogus narcotics charges won the prestigious New York Press Club Award for Best Crime Reporting. These and other articles were published in the book Whitey's Payback (2013), a collection of the author's crime journalism over a 20-year period. 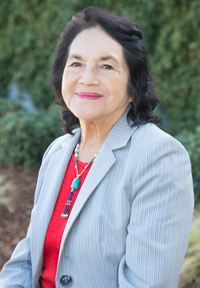 Dolores Huerta is a labor leader and community organizer. She has worked civil rights and social justice for over 50 years. In 1962 she and Cesar Chavez founded the United Farm Workers union. She served as vice-president and played a critical role in many of the union’s accomplishments for four decades. In 2002, she received the Puffin/Nation $100,000 prize for Creative Citizenship which she used to establish the Dolores Huerta Foundation (DHF). DHF is connecting groundbreaking community-based organizing to state and national movements to register and educate voters; advocate for education reform; bring about infrastructure improvements in low-income communities; advocate for greater equality for the LGBT community; and create strong leadership development. She has received numerous awards: among them The Eleanor Roosevelt Humans Rights Award from President Clinton in l998. In 2012 President Obama bestowed Dolores with The Presidential Medal of Freedom, the highest civilian award in the United States, 2021 US Today “Women of the Century” and Glamour’s “Women of the Year” Awards.