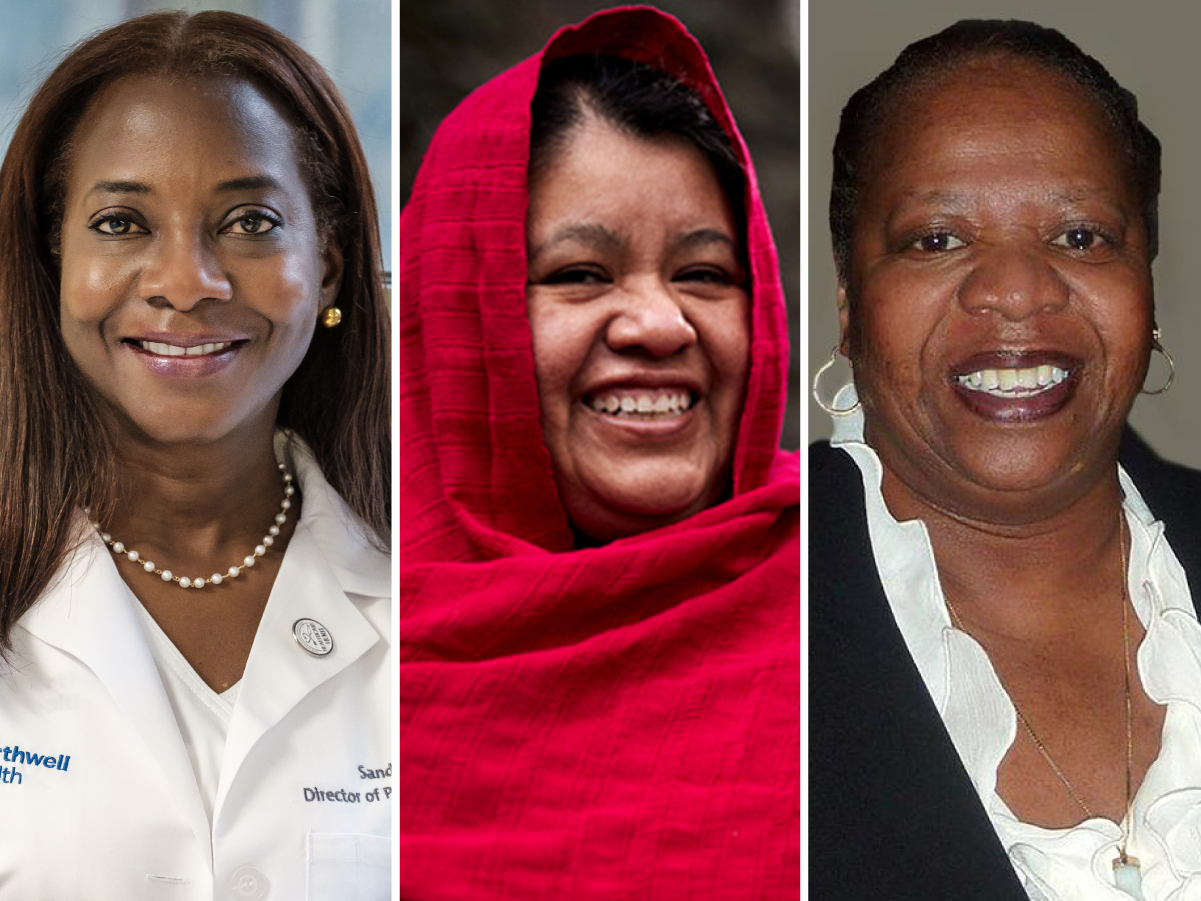 Lehman College will mark a milestone this May, holding its first in-person commencement ceremony since the start of the pandemic. And as it celebrates the class of 2022 and the resilience of the borough it calls home, it will recognize three public health and social justice activists whose work has improved—and saved—countless lives in the Bronx.

Those trailblazers, all women, will each play a role in the ceremony, with two set to receive honorary degrees.

“I can think of no better way to mark our return to in-person commencement exercises and celebrate the class of 2022 and their achievements than by honoring these extraordinary individuals,” said Lehman College President Fernando Delgado. “Engaged citizenship is one of the most important values upheld at Lehman College, given the service and human rights dedication of our namesake. These women stand as models for our graduates in using their skills and expertise to uplift others and move toward a more just and sustainable world.”

Lehman will award more than 3,600 graduate and undergraduate degrees and certificates at the event, which will take place on May 26 at 10 a.m., on the south field of the College’s Bedford Park campus. Guests must have tickets to attend and be able to show proof of vaccination; the ceremony will also be livestreamed on Lehman’s YouTube channel and website, BronxNet.tv, and BronxNet cable channels 67 (Optimum) or 2133 (FiOS).

More about the 2022 Honorary Degree Recipients

Méndez and Silvers will join some 83 exceptional individuals who have been awarded honorary degrees by Lehman.

Méndez and her husband Antonio Saavedra had been farmers in the southwestern Mexican state of Oaxaca before crippling droughts drove them to emigrate to New York in 1992. They opened La Morada in 2009, serving traditional Oaxacan food and becoming a neighborhood fixture. During the COVID-19 pandemic, Mott Haven was among the city’s hardest-hit areas, and like other small businesses, La Morada struggled. Still, Méndez and her family managed to provide free meals to local residents amid a growing hunger crisis in the city;  the culinary nonprofit Rethink was so impressed with their efforts that it awarded the restaurant a grant to continue its good work.

Silvers began her career in community and labor organizing in the 1960s as a Volunteers In Service To America (VISTA) volunteer and activist in the South Bronx. Between 1969 and 1970, she attended Lehman College and was a student activist on campus before dedicating herself full time to community building and advocacy. Silvers helped lead three Young Lords occupations of Lincoln Hospital, which demanded training and a living wage for hospital workers, improvement of hospital conditions, and full patient consent for treatment or research, among other things. Several of these demands were met, and during the occupation, Silvers helped pen the Patient’s Bill of Rights now seen in hospital rooms across the country.

In addition to her work with the Black Panthers and Young Lords, Silvers served as a national organizer for the Black Workers Congress and the United Autoworkers. Outraged by the health problems pollution caused in her South Bronx neighborhood, she helped start For a Better Bronx in the 1990s and later taught at Long Island University. Silvers returned to Lehman in 2020, to give a talk on food justice.

A graduate of Lehman’s Department of Nursing, one of the biggest contributors to the local healthcare workforce, Lindsay not only inspired others to get vaccinated but played a hands-on role in helping the city through the pandemic. As the director of patient care services at Northwell Health’s Long Island Jewish Medical Center in Queens, she oversaw a team of nurses in some of the most challenging COVID-19 units. Northwell, the largest healthcare provider in New York, was one of the country's first epicenters of the pandemic and, since March 2020, has treated more than 200,000 patients in its facilities.

Lindsay has been celebrated widely, with President Biden bestowing an award for her contributions to the country. Still, she has emphasized that the point of publicly taking the shot was simply to inspire others, namely “people who look like me, who are skeptical in general about taking vaccines.”

That Lehman has built a solid nursing program with such esteemed alumni is in no small part due to department chair Dr. Catherine Alicia Georges, who retires this year after more than 40 years at the College. One of the profession’s most respected names, she has served as president of the National Black Nurses Association and National Volunteer President of the AARP. The American Academy of Nursing gave her its Living Legends award in 2019 and last fall presented her its Lifetime Legacy Award, which recognizes extraordinary individuals who have made lifelong contributions to nursing and healthcare system reform.

With Georges at the helm, Lehman was recently approved to offer a doctoral program in nursing practice––one of only two programs within CUNY—which began accepting students in the fall of 2020. Based on the sequencing of the courses, the first graduates of the program are slated for fall 2022.

The College also began construction on its new 52,000 square-foot nursing facility, which is expected to be completed in 2023.