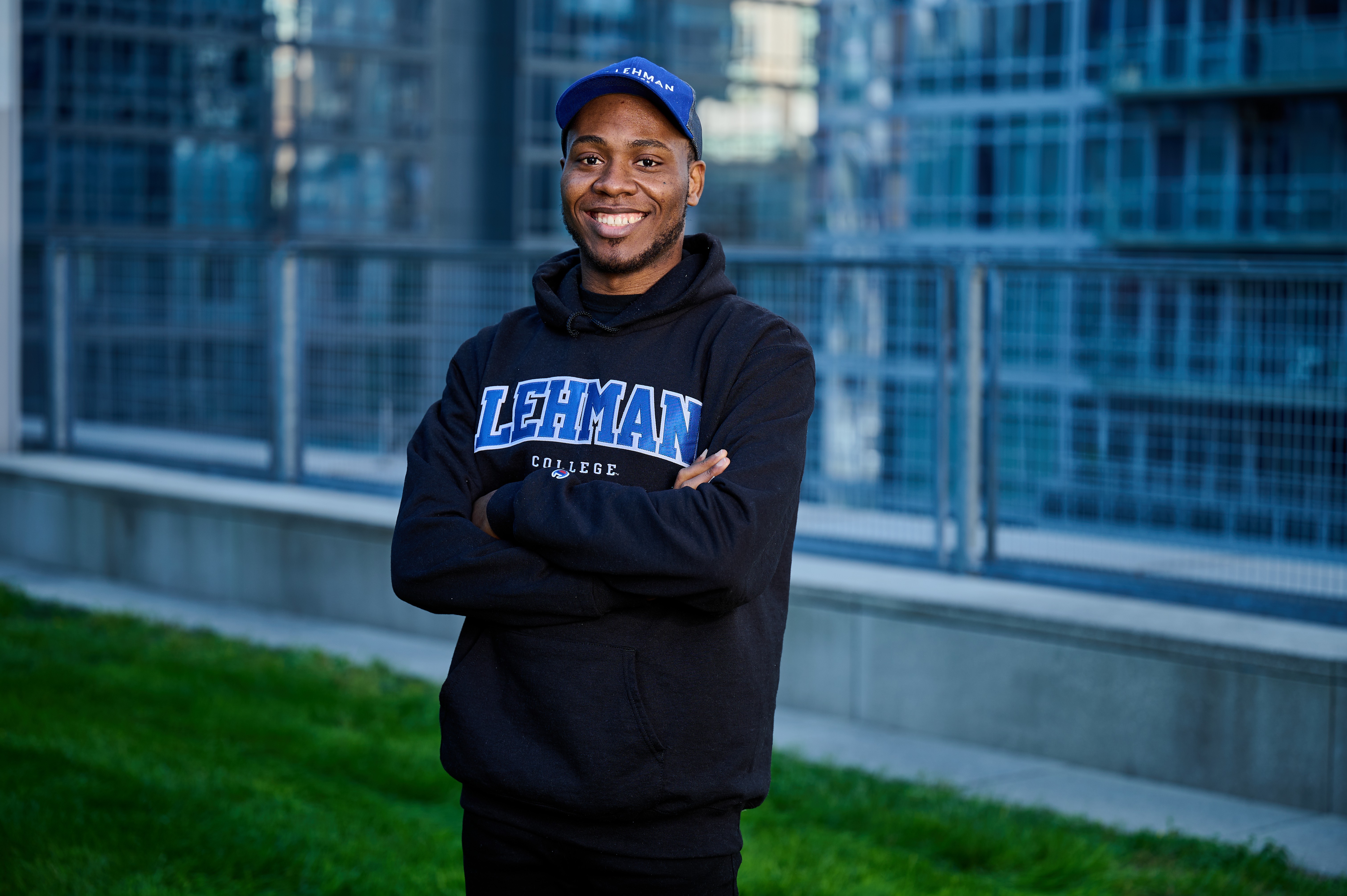 When SGA President Emile Giovannie Zounon took the podium at Lehman’s Fall Convocation Ceremony, he had a simple call-to-action for students: Get involved in student activities and see what campus life has to offer.

What his classmates didn’t know, however, was how hard he’d worked to help make participating in campus events easier and more attractive amid a lingering pandemic. In fact, Zounon said, it has been one of the biggest challenges of his presidency.

In the 18 months preceding the Fall ’21 semester, the stress of COVID had taken its toll, and the number of active student organizations—a good measure of how engaged students are—had decreased by 50 percent, according to Suzette Ramsundar, associate director for the Office of Campus Life and Coordinator of The Herbert H. Lehman Center for Student Leadership Development.

Since he took office last May, Zounon, a senior computer information systems major, had also heard from students who’d been eager to return to campus and do more in the community but, worried about the uncertainty of COVID, stayed on the sidelines.

“A lot of people were excited to come back to campus in the fall, but with the Delta variant, many were also hesitant,” Zounon said. “We needed to find a way to reset. The pandemic had left so many students feeling isolated that I knew the most important thing was to inspire students to engage again.”

For Zounon, who immigrated to the U.S. from Benin two years ago, becoming a campus leader and student advocate is part of what he sees as his larger purpose. He plans to pursue a graduate degree in education technology to help support under-resourced communities. And in Benin, he discovered that he had a talent for organizing; he served as a volunteer youth leader in his church and worked with an NGO, collaborating with a team of volunteers from around the world.

He was drawn to similar work at Lehman. Finding his way to the Office of Campus Life, he enrolled in its leadership development courses and signed on as SGA’s technology and design officer. Although he shies away from the spotlight, he realized he could make an even bigger impact on campus and in the Bronx if he succeeded outgoing president Jada Quinland in office and pushed himself to run for the position.

“I asked myself, ‘at the end of the day, what do I want to do?’ I want to be an edtech leader who develops solutions to address educational inequities that harm underserved communities, both in the U.S. and around the world,” he said. “So, if I want to be a leader, I have to step outside my comfort zone and do something that I've never done.”

Working with the Office of Campus Life and fellow SGA officers, he pulled together a fall calendar of online, in-person, and hybrid events designed to bring the campus together. To draw students in, he and his team thought outside the box: Activities have run the gamut from social and recreational events like a virtual escape room, magic show, and movie nights to educational seminars, leadership training, and a recent writing workshop for graduate students.

SGA has arranged for therapy dogs to be on hand at the Student Life Building during finals week. And, building on the groundswell of activism that developed during racial justice protests in 2020, it has also sponsored a series of civic and social activism classes.

What’s more, as he did at convocation, Zounon has urged students to participate in SGA. He also advocated for and achieved a stipend increase for senators that would put them on par with what senators at other CUNY schools receive. “He is constantly working to make sure Lehman students have a seat at the table and the opportunity to help shape decisions,” Ramsundar said.

Now, as the College prepares for Spring 2022, those efforts are paying off.

“Since the beginning of the semester, we’ve been able to recruit students for SGA and fill several vacant positions,” Zounon said. “Our team is almost full, especially in the senate. We haven't had that in a long time, even before the pandemic.”

And, although student organizations haven’t fully bounced back to pre-pandemic numbers, more students have expressed an interest in attending remote and hybrid events again—some of which have drawn upwards of 100 people.

Furthermore, Zounon has high hopes for some activities still to come that have been among the campus’s most popular events in recent years. That includes a Thanksgiving and holiday food giveaway, organized with the Lehman College Food Bank and Montefiore Medical Center. It’s set to return in a big way on Nov. 18, with a live cooking demonstration by Bravo TopChef winner Chef Kwame Onwuachi.

Students who come to the event will get everything they need to make a traditional Thanksgiving meal for free: SGA will be giving away $25 gift cards that students can use to buy turkeys, the Food Bank will hand out bags of canned goods, and Montefiore is donating fresh produce.

Zounon hopes to see his fellow students there. But until then, he is reminding them of what he said at convocation: “Each of us has a voice and life experiences that make our community better,” he said. “I encourage you to get involved and stay involved.”

To learn more about student activities and events, visit the SGA’s Instagram account and the Campus Life events calendar.