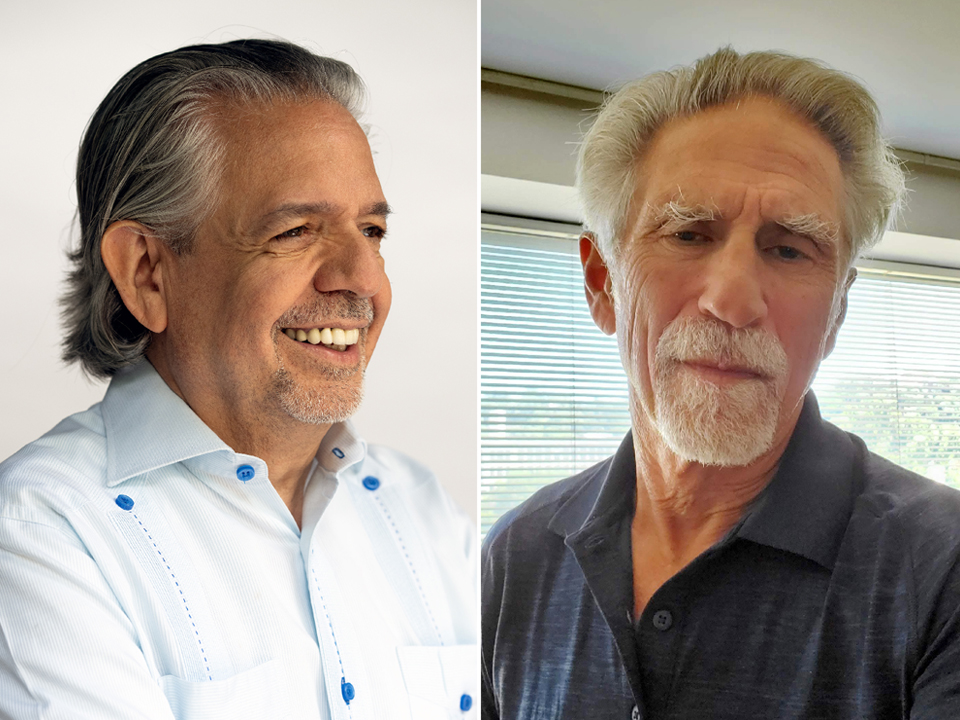 A historic number of Latino voters registered and participated in the 2020 presidential elections, with some 16.4 million casting ballots, according to a new study co-authored by Laird W. Bergad, Distinguished Professor of Latin American and Latino Studies at Lehman College, and Luis A. Miranda Jr., a top Democratic consultant and the founding president of the Hispanic Federation.

Indeed, as a sign of increasing Latino political power, the report, “Latino Voter Registration and Participation Rates in the 2020 Presidential Election,” notes that about one in 10 voters in the 2020 elections were Latino.

“A sleeping giant seems to have been aroused here, and the Latino vote is going to be quite critical in all forthcoming elections if these trends continue,” Bergad said.

Bergad, who is also on the history faculty at the CUNY Graduate Center, is the founder and director of CUNY’s Center for Latin American, Caribbean, and Latino Studies, which published the report. Miranda is chair of the center’s advisory board.

Now in its 20th year, the center has developed into a robust repository for data on Latino communities, producing nearly 100 reports in the past decade alone. It plays such a critical role in collecting and analyzing Latino voting patterns that CNN en Español partnered with it to cover the 2016 elections. Media outlets such as NBC News have reported on the center’s latest study.

Among the fastest-growing voting blocs in the U.S., the Latino electorate surged from under 9 million eligible voters in 1992 to more than 30.6 million in 2020, center data shows. Nationwide, there are now as many potential Latino voters as there are potential African-American voters, Bergad said. In the Bronx, which is predominantly Latino, the electorate is estimated to be roughly 55 percent Latino, 30 percent African American, 10 percent white, and 4 percent Asian.

This reflects an overall increase in the numbers of Latino citizens: The U.S. is undergoing a dramatic demographic shift because of both naturalization and birth rates among the Latino population, he said. “About 75 percent of all Latinos in the United States were born in the United States,” he said. In terms of the Latino vote, this has major implications for upcoming elections.

In recent years, the rate of potential Latino voters who actually registered had remained flat or “fossilized,” according to Bergad. Since the center started tracking it in 1992, it rarely topped 58 percent. “It reached 59 percent in the first Obama election,” he said.

However, 2020 brought a dramatic shift, with the registration rate rising to just above 61 percent for the first time. “It’s still lower than non-Hispanic whites or African Americans, but this was a major uptick,” Bergad said.

Bergad and Miranda’s report indicates that Latino Americans who registered also voted at higher rates. For decades before 2020, the percentage of  eligible  Latino voters who cast ballots in elections was static at about 48 percent, according to Bergad. However, in the 2020 election, 53.7 percent of all eligible Latino voters went to the polls.

Youth was a big factor: Eligible Latino voters tend to be younger than both African American and non-Hispanic white eligible voters, and, according to the report, the 18-to-44 Latino demographic proved highly energized.

"That's where the data soared as well,” Bergad said. “In this past election, there was a surge in mobilization and interest in younger Latino voters which, if that continues, is a great sign for rising participation rates in future elections.”

Still, he noted, the Latino vote is not monolithic. “The increase in Republican votes between 2016 and 2020 was greater than the increase in Democratic votes among Latinos in some areas of the nation,” he said. In the Bronx, the number of Democratic votes decreased between 2016 and 2020 by 14.6 percent, although President Biden carried the borough with 83.4 percent of total votes. Over the same period, Bergad said, the number of Republican votes, though small, increased by 62 percent.

“The Latino population is very diverse. There are evangelicals. There are very conservative Latinos. The Mexican population along the Texas/Mexico border are in the ninth and 10th generation—these are not immigrant groups,” Bergad said.

All told, Bergad said, the report is significant not only for the changes it documents but also because reliable information on voting behavior can lay a foundation for future efforts to boost voter registration participation in Latino communities.

“The data are just evidence for a story, and it's the story that's important,” Bergad said. “The statistics tell us about human behavior, and they're empirical evidence as opposed to speculation and impressionistic observations.”