Meet Our Fulbrighters: Lehman Professor Looks East to Study the History of Technology 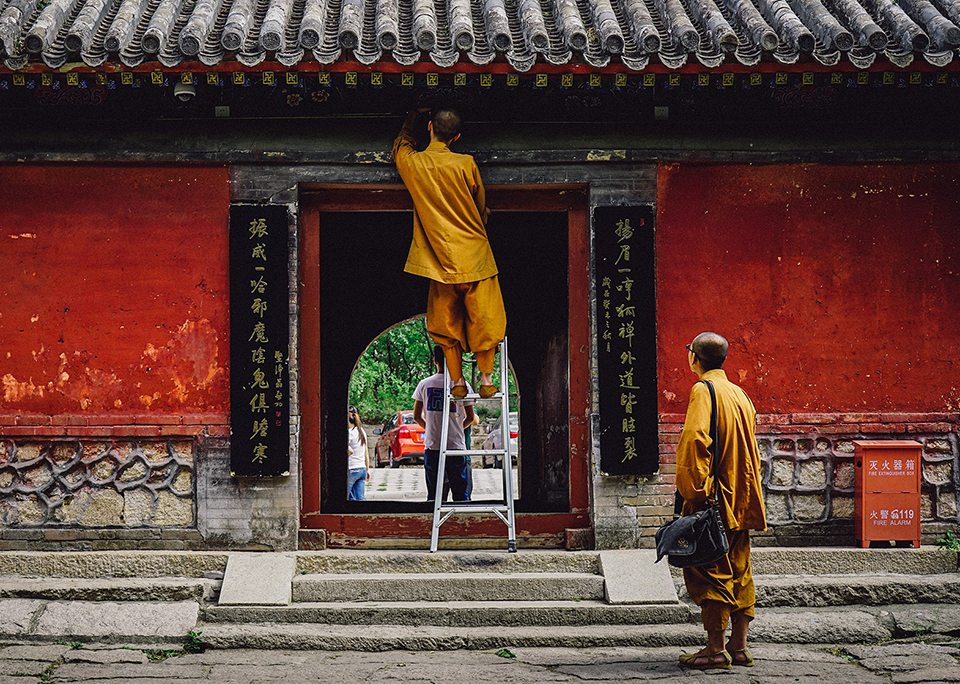 In February, Lehman College was named a “top producer” of U.S. Fulbright students by the U.S. Department of State’s Bureau of Educational and Cultural Affairs for the second year in a row. Adding to the prestige of the designation, the U.S. State Department also recognized Lehman as a top producer of Fulbright scholars. In this series, we highlight the College’s awardees and their upcoming research projects.

New technologies, when first introduced, create societal shifts, but in time they become the foundation on which our very lives are ordered. Still, for them to take on this role, they must be continually maintained—think not only of the invention of the New York City subway system but what is required for it to continue to function. For Lehman Associate Professor of History Chuck Wooldridge, the maintenance of established technologies—and the people who perform it—are subjects as worthy of critical attention as the latest tech advancements.

“There’s all this celebration of disruption, innovation, the new, and change, and a complete neglect of all it takes to keep things going,” he said. “People look at the [Isaac] Newtons and the inventors, and not necessarily at the people who maintain technology. It can touch on all kinds of issues.”

To that end, Wooldridge was awarded a Fulbright Fellowship for the spring and summer of 2021 to study the history of technology and its maintenance in Taiwan as well as the spiritual dimension underlying it at the Institute for Taiwan History at Academia Sinica. “I feel really honored to have received the Fulbright,” he said.

He’d hoped to conduct his research last fall but postponed his trip because of the COVID-19 pandemic. Although the pandemic, once again, threatened to disrupt his plans this year, he traveled to Taiwan last week and is set to begin his project. Wooldridge’s findings will form the basis for a book, which he has tentatively titled Maintenance as Religious Practice.

His interest in this overlooked aspect of social history was sparked by a visit to the Queens Museum several years ago, where he encountered an exhibit by Mierle Laderman Ukeles, the artist-in-residence for the New York City Department of Sanitation.

“[Ukeles] wrote something called the ‘Manifesto for Maintenance Art 1969!’ where she said, look, I’m a wife, mother, and artist, and I spend most of my time cleaning and keeping things going rather than inventing new things, so from now on [my] art will draw attention to the people who are keeping it going, the maintainers,” Wooldridge said.

Her work spoke to observations he’d first made in childhood. “My first memories of church groups and gatherings are things like pot lucks and washing dishes—that kind of activity, as opposed to what people talk about when they study theology and ritual,” he said. “The logistics—that someone locks up or brings food to the right person—are an enormous part of what I remember.”

Through discussions with colleagues, Wooldridge later learned that among science historians, there’s actually a group called the Maintainers, who are skeptical “about the cult of innovation” and don’t believe that disruptive innovation should always be a focal point.

Wooldridge, who specializes in the history of modern Japan and China, is also a historian of religion; his first book, City of Virtues: Nanjing in an Age of Utopian Visions (University of Washington Press, 2015), was about the religiously-inspired Taiping Rebellion. He sees this latest project as a natural outgrowth of that work.

“A lot of my book is about rebuilding after that rebellion,” Wooldridge said. “Taking what I knew and putting it together with the Maintainers’ approach got me to this project.”

He also has more personal reasons for choosing to pursue his research in Taiwan.  He studied there in 1993 and 1997 and has returned since on shorter trips.

“Taiwan is a place that I just love,” he said.

What’s more, Wooldridge said that he has become a better teacher because of his active engagement with the Taiwanese media and his colleagues there.

“Asia is a diverse, complicated place, and U.S. newspapers have only so much bandwidth for news from East Asia in general,” he said. “Taiwan specifically—and anywhere in East Asia that’s on Taiwan’s radar—are places that change a great deal. I think it’s important to check-in and maintain relationships, and that helps me authentically engage with questions my students are asking.”