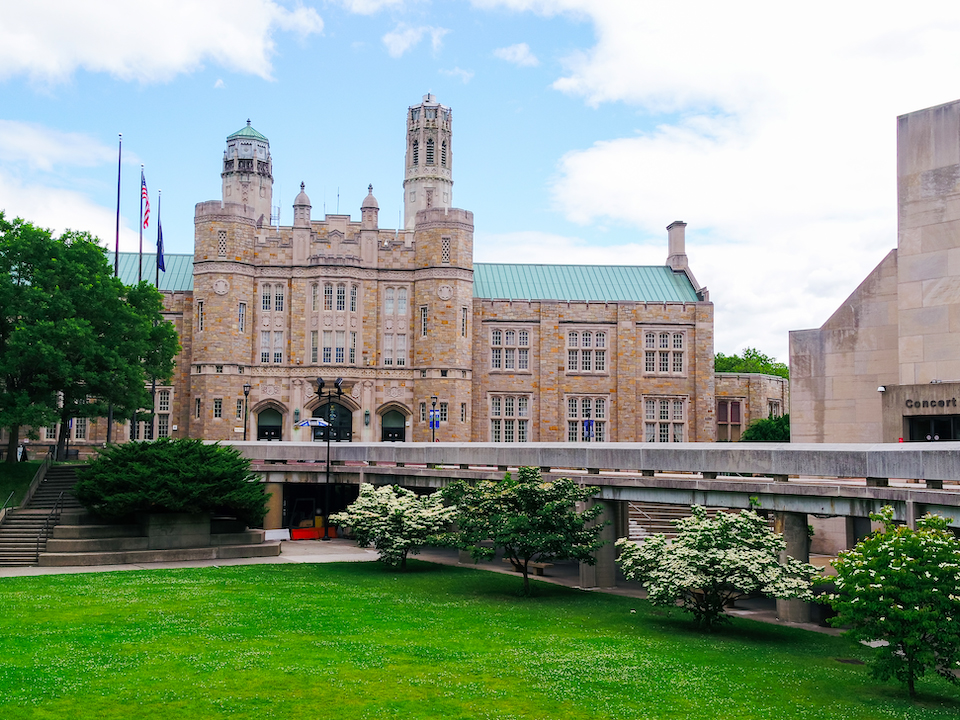 For the second year in a row, Lehman College was named a “top producer” of U.S. Fulbright students by the U.S. Department of State’s Bureau of Educational and Cultural Affairs (ECA). Adding to the prestige of the designation, the U.S. State Department recognized Lehman as top producer of Fulbright scholars as well. Only 16 other institutions across the country share this dual designation for the 2020-2021 academic year.

“This is really an outstanding accomplishment,” said Lehman College President Daniel Lemons.
“The dual Fulbright distinction for Lehman College underscores the perseverance and hard work of our staff in the Office of Prestigious Awards under the tireless leadership of [Office of Prestigious Awards Director] Michelle Augustine, the dedication and vision of our faculty scholars and our remarkable students.”

Each year the ECA announces the top-producing institutions across the country for the Fulbright Program, the U.S. government’s flagship international educational exchange program, which marks its 75th anniversary this year. The Chronicle of Higher Education publishes the lists annually.

Lehman was one of four master’s institutions to be recognized as top producers of Fulbright U.S. scholars, with Baruch College the only other CUNY school to make the list with three winners of its own. Of 18 master’s institutions recognized as top producers of Fulbright students, Lehman College and Hunter College were the only CUNY schools represented.

At Lehman, the Fulbright is just one of a multitude of academic competitions administered by the Office of Prestigious Awards (OPA). In addition to the Fulbright competition, the OPA prepares and advises students for awards opportunities and other funding competitions that support students’ scholarly engagement beyond the classroom. Augustine, the OPA’s director since 2015, is herself a Lehman College graduate (’06) and former Fulbrighter.

“Fulbright awardees are leading impactful change in communities around the globe, and we are excited to support the campus community as they prepare for these awards,” Augustine said. “We congratulate the faculty, staff, and students who collectively work to bring this honor to our campus. Fulbright success is a community effort, and I am grateful for the faculty and staff who serve on our selection panels, who serve as mentors, who always support our initiatives.”

“We are delighted to see that the colleges and universities we are honoring as 2020-2021 Fulbright Top Producing Institutions reflect the geographic and institutional diversity of higher education in the United States,” said Mary Kirk, director of the ECA’s Office of Academic Exchange Programs.

Fulbright scholars expand the scope of their research, Fulbright students enrich their education, and both benefit professionally by receiving the recognition that comes with being named a Fulbright winner, Kirk noted. However, their colleges and universities benefit as well: The schools stand to receive “new viewpoints from abroad and new international collaborations, which often lead to discoveries and breakthroughs that have a global impact,” she said.

All told, the Fulbright program has given more than 390,000 passionate and accomplished students, scholars, teachers, artists, and professionals of all backgrounds and fields the opportunity to study, teach and conduct research, exchange ideas, and contribute to finding solutions to critical international problems.

Fulbright is active in more than 160 countries worldwide and partners with participating governments, host institutions, corporations, and foundations in foreign countries and the U.S. Many of these organizations also provide direct and indirect support. ECA sponsors the Fulbright Program and several non-profit, cooperative partners implement and support the program on the Bureau’s behalf. For more information about the Fulbright program, visit eca.state.gov/fulbright.