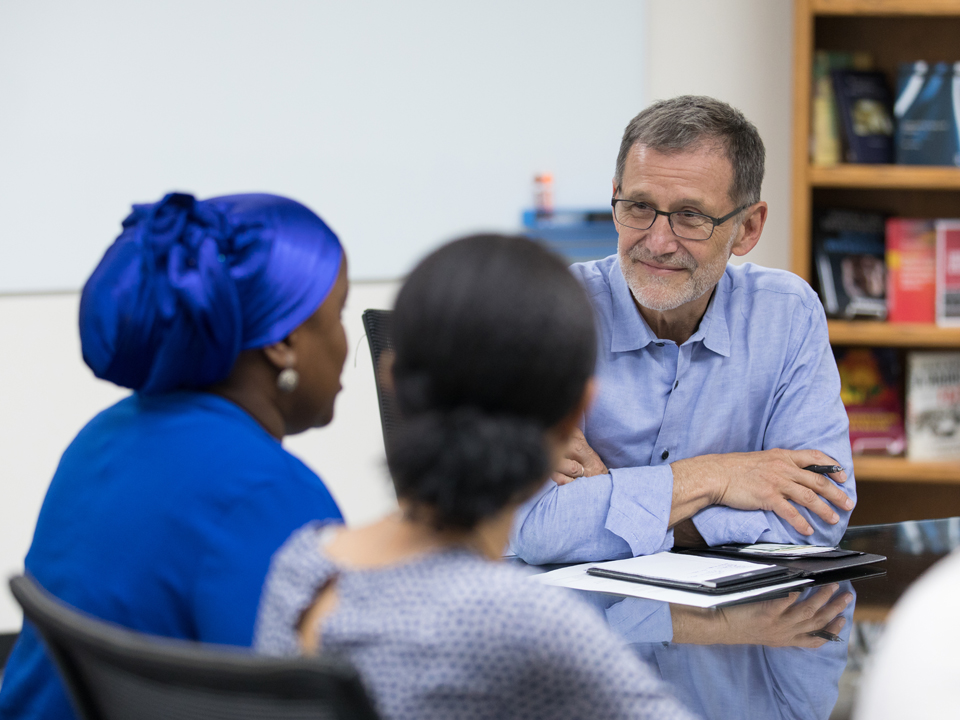 The City University of New York (CUNY) announced Wednesday that it is appointing Lehman College Interim President Daniel Lemons to serve as interim university provost for CUNY, effective May 29. The appointment will not impact the June 30 date that Lemons’s tenure as Lehman president is set to end. Instead, he will serve in both roles during the month of June.

Dr. Fernando Delgado, who was appointed by the CUNY Board of Trustees last month after a two-year search, begins his term as Lehman’s next president July 1.

“It has been an honor and privilege to serve in the roles that I have had at CUNY,” Lemons said, “and I look forward to stepping into the interim University provost position to continue advancing the mission and values of the world’s greatest public university.”

Lemons has served as Lehman’s interim president since July 2019. Prior to that, he served as Lehman’s interim senior vice president and interim dean for Academic Affairs in the Office of the Provost. At CUNY, he will fill the position currently held by Executive Vice Chancellor and University Provost and former Lehman College President José Luis Cruz, who is leaving CUNY to become the next president of Northern Arizona University.

“We are fortunate to have an accomplished, experienced educator of Dr. Lemons’s caliber to step up to perform this important role and to afford us the time needed to identify Dr. Cruz’s successor through a rigorous national search,” said CUNY Chancellor Dr. Félix V. Matos Rodríguez.

President Lemons has been instrumental in leading Lehman through the COVID-19 pandemic and the unprecedented shift to remote learning, with his near-daily communications during the height of the outbreak helping to reassure and refocus the Lehman community.

Lehman has also marked several important milestones under his tenure. During his first year as interim president, the College celebrated the completion of a $15.4 million renovation of the Lehman Center for the Performing Arts—one of the Bronx’s premier cultural centers—and became the second CUNY college to host the successful Accelerate, Complete, and Engage (ACE) program.

This academic year, under President Lemons’ leadership, the College raised more than $1 million for scholarships and COVID-19 relief for students, broke ground on a new $67 million nursing building, and completed a total renovation of Lehman’s outdoor amphitheater.

President Lemons has also expanded the College’s government relations program, steering funding to several environmental sustainability projects, including a $340,000 grant for a new Composting Education Center, the launch of the first Bronx Environmental Summit, and a cross-disciplinary Climate Change and Environmental Equity Program. He has initiated plans for the installation of solar panels at Lehman that are estimated to offset 1,039 metric tons of atmospheric carbon dioxide annually, provide more than $1 million in energy savings to the Bronx community, and earn the College more than $240­,000 a year in lease payments.

In December, the high quality of Lehman’s work with members of underserved communities gained affirmation in the form of a $30 million gift from author and philanthropist MacKenzie Scott.

President Lemons has spent the bulk of his career at CUNY. A professor emeritus of biology at City College, where he worked for nearly 30 years, his research in cardiovascular and comparative physiology led to the invention of a mechanical heart simulator that is still widely used in educational settings. He was one of the original faculty members of the New York Center for Biomedical Engineering at City College, which became a CUNY doctoral program and later a Department of Biomedical Engineering. He has also led a number of funded projects for innovation in undergraduate science education and has published and presented widely in the fields of biomedical engineering and science education.

Between 2007 and 2008, President Lemons served as associate provost and dean for doctoral science programs at the CUNY Graduate Center, where he led a comprehensive reorganization of CUNY’s doctoral programs in the science, technology, engineering, and math fields.

He took a one-year leave of absence from CUNY in 2012 to co-found the Global Energy Model Institute, an NGO that focused on developing clean, sustainable, and replicable energy projects in regions of extreme poverty in Haiti and the Dominican Republic.

Lemons began his career at the Columbia University College of Physicians and Surgeons. From 1978 to 1990, he served first as a research associate and then as an assistant professor of pharmacology and director of research in the Department of Rehabilitation Medicine.

Lemons lives in the village of Hastings-on-Hudson, New York.