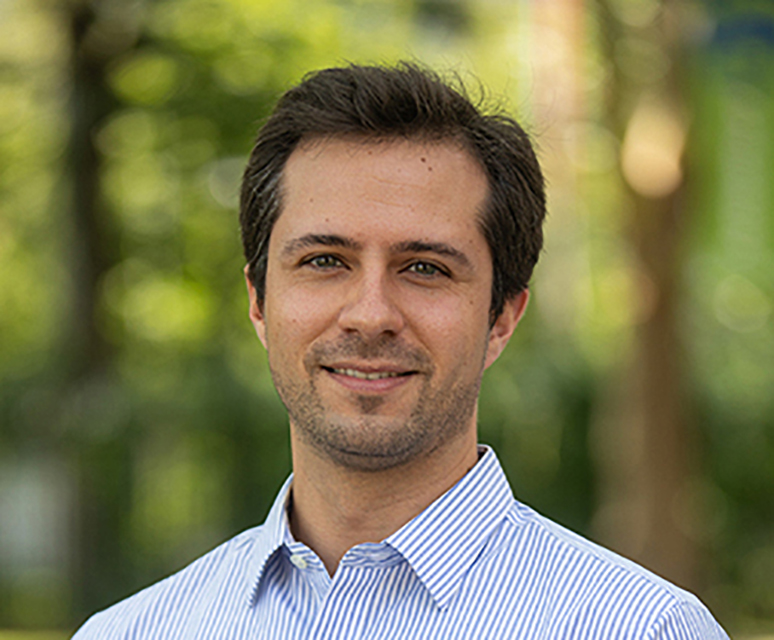 Renato Ghini Bettiol, assistant professor of mathematics, has been chosen by the National Science Foundation (NSF) for one of the country’s most prestigious career advancement awards. He is the second Lehman faculty member to earn the distinction in the past five years.

Bettiol received notice of the $500,000 award from the NSF’s Faculty Early Career Development program (CAREER) in the spring. The program recognizes early-career faculty who have not yet received tenure for their potential to serve as academic role models, integrate STEM education and research, and, through their work, advance the mission of their department and institution.

The grant, “Curvature, Topology, and Geometric PDEs, with new tools from Applied Mathematics,” will support research that seeks to break down traditional boundaries between pure and applied mathematics. The award will also fund a 3D printing lab—the first of its kind in any Bronx CUNY institution—to enable experiential learning.

Bettiol, who has taught at Lehman since 2018, is one of a new wave of scientists using the unique strengths of both pure and applied mathematics to increase the respective potential of each field.

Traditionally, the way that ideas used to flow was from pure to applied math,” said Bettiol, whose focus is pure mathematics. “But applied mathematics has developed very powerful new ideas that can be reverse engineered back into pure math to study problems related to geometry and topology” [the study of geometrical objects in space.]  The end game is to prove a pure mathematical result, but using the real world to get there.”

The same techniques from applied mathematics used by air traffic control, financial firms, and companies planning delivery routes can be used to extract new information about the global shape of an abstract space from the way it is curved, he explained. “It also helps us understand the shape and stability of the physical universe as if we could see it from the outside, and we can use the same mathematical framework to analyze the surface of a cell, or the interface between layers in the atmosphere, or the shape of the wing of an airplane.”

In addition to supporting research, CAREER awards are intended to promote STEM education.  Bettiol’s grant will provide stipends for graduate research assistants, while the research techniques employed will inform his classroom teaching. He has already revamped Fall 2022 courses with the same “reverse engineered” approach, using applied mathematical tools to teach pure mathematics such as linear algebra, and developed new courses for 2023.

The 3D printing lab will be a major component of the course revamp by enabling students to see the final result of their computations. “They can print and test the objects and analyze how optimal the shape is for whatever function it is supposed to perform,” he said.  “Instead of doing it only abstractly or on a computer, they will now hold it in their hands.”

The lab will also be used to host outreach events in partnership with Bronx Community College to attract a diverse pool of students to mathematics and increase the number of graduates with high-demand STEM qualifications.