School of Arts and Humanities

Kaylynn Lopez ('17), an alumna who graduated with a double major in Philosophy and Psychology, has created her own coffee business, which she has called Kudaimonia. "Alot of people ask why I named by company Kudaimonia. In Greek, eudaimonia means happiness, or "having a good indwelling spirit." I used the "K" from my first name, Kaylynn, to make it Kudaimonia. And also the company would be easy to find in an internet search that way." For the full story, see here.

Regiane Donadio ('19), who graduated with a Bachelor of Fine Arts in ceramics and sculpture, and was recognized at Convocation for Outstanding Achievement for maintaining a perfect 4.0 GPA, won first prize in the fifth annual National Arts Club Will Barnet Student Show. She had her first solo show at the venerable National Arts Club in Manhattan in June. In the fall, she will be a graduate student at the New York Academy of Art. For the full story, see here.

Amna Azeem ('19), who graduated with a CUNY BA (CUNY Baccalaureate for Unique and Interdisciplinary Studies) in Philosophy, Politics, and Economics, has been awarded a Fulbright English Teaching Assistantship. She will spend the academic year 2019-2020 teaching English to eighth-grade students in Ruse, Bulgaria.

Alia Khoury ('19), a Lehman Scholar who graduated with a Bachelor of Arts in English, has been awarded a full scholarship to attend New York Law School.

Two other graduating seniors in Arts & Humanities were awarded Fulbright U.S. Student Program Fellowships in 2019. Edith Carrasco (Latin American and Caribbean Studies, '19) and Nolli Gaspar (Latin American and Latino Studies, and Anthropology, '19) will both teach English in Mexico in 2019-2020. Meanwhile, Antonio Fernandes (Multimedia Performing Arts, '20) was awarded a Council of International Education Exchange (CIEE) Scholarship to study in St. Petersburg, Russia, this summer. For more on these students, see here.

Lehman College and Bronx Community College launched a joint study abroad program at Wroxton College in the U.K. in June 2019. Joe McElligott, Lecturer in English, took a class of students to Wroxton College, in Oxfordshire, England, where they joined a class of students taught by Professor Kathleen Urda, from BCC. In addition to living at Wroxton College, an 18th century former abbey, the students went to a play at Stratford-Upon-Avon, visited numerous museums in London, including the Charles Dickens Museum, and toured Oxford University. Shanice Crawford, a senior pursuing a double major in Philosophy and Political Science, has been named the winner of LegalZoom's first annual Emerging Entrepreneur Scholarship Grant, for $5000. For the full story, see here. Lian Kizner ('19), a double major in Dance and Psychology, is the first winner of a $1,000 grant to support an evening-length dance from the B. Wilson Producing Scholars grant organization, which was created by alumna Brittany Wilson ('13). To watch her acceptance video, see here. Whitney Hudson ('18) and Carole Martinez ('17), both graduates with BS degrees in Computer Graphics and Imaging (CGI) from the Art department, have been hired by pocket.watch, a digital entertainment company based in Culver City, CA. They both worked as interms at the company before being hired. 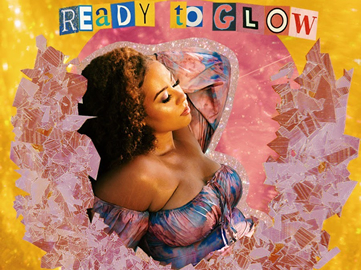 Mariah Eskoh ('17) was accepted to The Lee Strasberg Theatre and Film Institute with a Dr. Christopher Roselli One Year Conversatory Scholarship